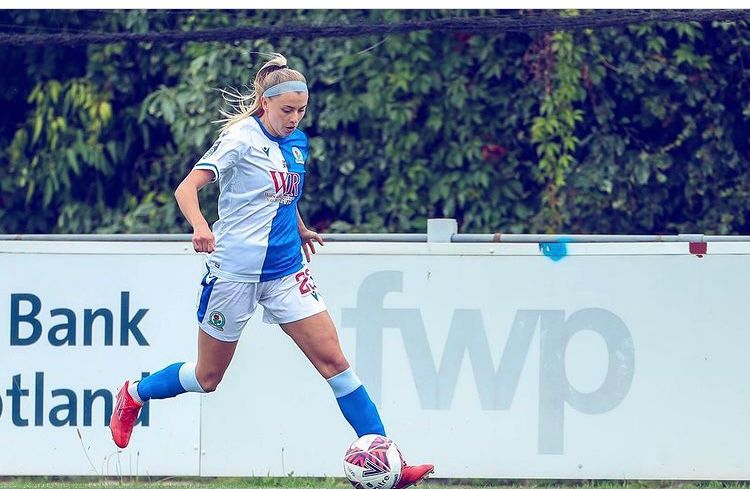 Watching Zoey 101 as a kid and dreaming of attending school in the USA, to being a Student-Athlete at Auburn University in Alabama, was hands down the most influential experience of my life. Not only was I shown true appreciation as a female athlete, but I also had my eyes opened to so many different avenues of life.

I Wanted to Continue to Develop

Before going to the US I attended SGS college which is directly linked to Bristol Academy (now Bristol City) WFC from the age of 16-19. I played for the college team, reserves and eventually when I was 18 years of age, I had signed with the first team. I made my debut against Arsenal that same year and it was quite apparent that I wasn’t quite ready for senior football.

With the understanding that I still needed to develop as a player, in my final year at college, I decided to explore the US University System and spoke to many schools. I was offered a full-ride to Auburn University and after speaking with the coaching staff, I knew that this was the place for me.

Stepping off the plane in the USA my freshman (first) year, I remember turning to my former teammate, Kirsten, who was starting her Junior (third) year at Troy University and saying, “WOW, why is the sky so much higher over here” and Kirsten turned back at me and said, “because the opportunity is that much greater”. We sniggered but deep down I know we both truly believed it.

Despite the excitement, how amazing my dorm room was with a view of the Baseball Stadium, the pitch being a carpet, having biggest gym I’d ever seen, I had lots of adjusting to do – and quickly! It was made obvious quite quickly that my teammates came from very different backgrounds than I did, as they drove around in Mercedes and Jeeps and went out to dinner every night, spoke about the places they’d been to on “vacation” and their parents’ high end job titles. I did feel like a fish out of water and struggled to understand how someone who comes from the Welsh Valleys got here. My first summer I did become quite homesick, I missed my family and the British food, but every day it got that little bit easier. I focused on what I was there for, which was football. I trained as hard as I physically could and got solid B’s very comfortably as I had no idea what a GPA was (note to all future British Student-Athletes get A’s if you can).

Season is Upon Us

The first day of preseason and you’re showered with all brand new gear. I’m talking boots coming out of your ears, sports bras, running shoes, multiple training uniforms, tracksuits, travel gear and we were sponsored by under armour so it was all great kit. It’s referred to as “Christmas in August” and that is definitely what it feels like, I still have an endless amount of Auburn kit today.

The training sessions are intense, professional and you develop the winning mentality that is ingrained in American culture. Every game is like a rivalry game and your coach expresses the importance of every single win – the ranking system and the short season makes it very similar to a knockout competition. One win or one loss can make or break a season.

Florida, California, Tennessee, South Carolina, Texas are just a few of the States we would play in every year. Travelling to away games was hands down my favourite thing to do. Not only would you miss class, stay in the nicest hotels, bond with your teammates, eat at the nicest restaurants, we also got to travel on a private jet. Yep, a private jet, straight out of our very own University airport.

I’m not sure I’ll ever get to experience that kind of hospitality again but I made the most of it. I now know how to pronounce filet properly (Filayyy), that Americans don’t know how to use a knife properly and fell in love with sunsets from the view we would see out of the window of our private jet!

In my Sophomore year, my academic advisor encouraged me to apply for an Under Armour internship which was strictly for Student-Athletes. The internship was an all-expense-paid trip to Baltimore, Maryland at the Under Armour Headquarters. Despite not holding out much hope when I had applied I surprisingly got selected and stepped completely out of my comfort zone to experience what it was like to be a Sports Marketer at Under Armour. I had also been scouted by a French team during my time in the US which later led to me playing Professional Football for Le Havre AC after I had graduated. To play professional football was a dream come true.

In my Junior year, we went to the Elite Eight (quarter finals) of the NCAA Division 1 Tournament. When we made the NCAA D1 Tournament we would refer to it as “Going Dancing” and man did we dance my junior year. We were written off and massive underdogs, Uconn even wrote us off publicly before they’d played us, so giving them a battering in the Sweet Sixteen was that little sweeter. The only team that did beat us was USC who later went on to win the whole thing.

Another special moment was scoring the equaliser (pretty dirty half volley) against South Carolina in the SEC Tournament my Sophomore year and then scoring the winning pen. I still don’t think I’ve experienced a feeling quite like that one. The bonds that were created with your teammates in those moments were special and despite living on the other side of the world now, I will always treasure those teammates and what we created together.

If you had told me my freshman year that my favourite thing to do in my downtime would be to lay by the pool, listen to country music and drink a beer, I would have said you were ridiculous. However, come my senior year that was hands down my favourite thing to do with my teammates, so every Friday/Saturday in the Spring (when we didn’t have a game of course) that’s exactly what we did. As a team, we would also spend a long weekend at one of the girls’ Lake House, where we would do a ton of water sports, play games, roast smores (marshmallow with chocolate in a cracker) and a ton of other fun stuff. During breaks, I visited New York, Washington DC, The Houston Rodeo, Atlanta, Nashville and several Florida beaches. When we did get to meet up with British friends over there it gave us memories for a lifetime that we still all talk about today.

I grew so much in those four years at Auburn University, not only developing massively as a footballer but more so as a person. Stepping out of your comfort zone in this way at the age of 19 taught me so many life lessons that will stay with me forever. The memories I made and the people I met have all helped to shape the person I am today. Now that I get to help younger players get this opportunity as a job, it isn’t a job at all for me. I love going through the process with all our players and when they do get their offers, despite being so excited for them (also kind of jealous), I know it’s just the beginning of an amazing adventure.

If I could go back and say one thing to my younger self, it would be to embrace the culture quicker! And maybe don’t date anyone your Freshman year haha, give yourself time to find your feet!

Have you considered becoming a student-athlete in the USA? Want to learn more and see if this could be the pathway for you?
If you’d like to find out more, or are looking for some advice on what might be the most suitable pathway for you, then contact us today for a free consultation.