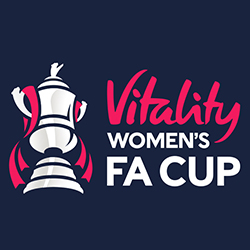 With the Women’s FA Cup Final fast approaching this weekend, we took a look at the Everton & Man City squads to see which players obtained soccer scholarships and played in the US Collegiate system. 9 ex-collegiate players in total will be involved this weekend in one of football’s most prestigious competitions with 2 players from Everton and 7 players from the favourites Man City. We all know that anything can happen in the FA Cup and having been briefly coached by Willy Kirk, I must admit I’m hoping Everton pull off an upset.  Our other Directors, as Man City fans, will probably have a different allegiance.

Get to know the players:

Claire Emslie is a left-winger for Everton and the Scottish WNT who spent her time as a Student-Athlete playing for Florida Atlantic University and is currently on loan from Orlando Pride to Everton. In the NCAA Division I, FAU are currently sitting in first place position in Conference USA and are based in Boca Raton, Florida which is 45 miles North of Miami.

Claire will be joined this weekend by another USA Collegiate graduate and fellow teammate Alexandra (Sandy) Maciver, who is a Goalkeeper for Everton and England WNT.  Sandy earned a Scholarship to Clemson University who play in one of the most competitive conferences in the NCAA Division I, the Atlantic Coast Conference (ACC). She signed for Everton upon finishing her 4 years of eligibility as a Clemson Tiger. Clemson University is based in Clemson, South Carolina which is known as a traditional college town.

From the other dugout this weekend we will see the likes of Lucy Bronze, Megan Campbell, Demi Stokes, Karen Bardsley, Janine Becky and of course, USWNT players Sam Mewis and Rose Lavelle. Lucy Bronze had a brief spell at the University of North Carolina in Chapel Hill, arguably the most successful Women’s Soccer program in NCAA Division I with 20 out of 26 ACC Conference Championships and 36 NCAA Division I National Championships.

Megan Campbell spent her 4 years as a Student-Athlete at Florida State University who are also in the ACC and are based in Tallahassee, Florida. Megan won 3 Conference Championships during her time with the Seminoles and reached the College Cup all four years. Megan now has 42 caps for the Republic of Ireland.

Left-Back and England International Demi Stokes played at the University of South Florida who are based in Tampa Bay on the Gulf of Florida. The USF Bulls play in the American Athletics Conference (AAC) where Demi recorded 14 goals and 17 assists during her 4 year spell. Demi joined Man City in 2015 after finishing up her career at USF in 2014 where she has since earned 56 caps for England.

Karen Bardsley went to California State University, Fullerton, which is just outside Los Angeles. Bardsley was with the Titans from 2002 – 2006 and has since played at the likes of Sky Blue, Lincoln Ladies and now Manchester City. She brings a lot of experience to Man City, notably winning a Bronze Medal at the 2015 Women’s World Cup and represented Great Britain in the 2012 Summer Olympics.

Janine Becky grew up in Colorado in the USA from the age of 3 after moving from her birth place in Canada. The midfielder went to Texas Tech University who play in the Big 12 conference in the NCAA Division I and are located in the city of Lubbock, known as the birthplace of rock ‘n roll. The Canadian WNT midfielder moved to England from Sky Blue in the NWSL to join Man City in 2018. Beckie earned her first international cap in 2015 and has since made 70 appearances for her country scoring 31 goals.

Two big recent signings for Man City are USWNT and World Cup Winners Rose Lavelle (University of Wisconsin Alumni) and Sam Mewis (UCLA Alumni) who I’m sure are just as excited to be playing in the Women’s FA Cup Final as we are to watch them. The Women’s FA Cup Final is Live on BBC One from Wembley at 14:30pm this Sunday (1/11/2020).

Interested in learning more about taking yourself to the next level while receiving an invaluable education? Do you think you have what it takes to obtain a women’s soccer scholarship at a University in the USA?   If you want to walk in similar footsteps to these great players, feel free to get in touch!