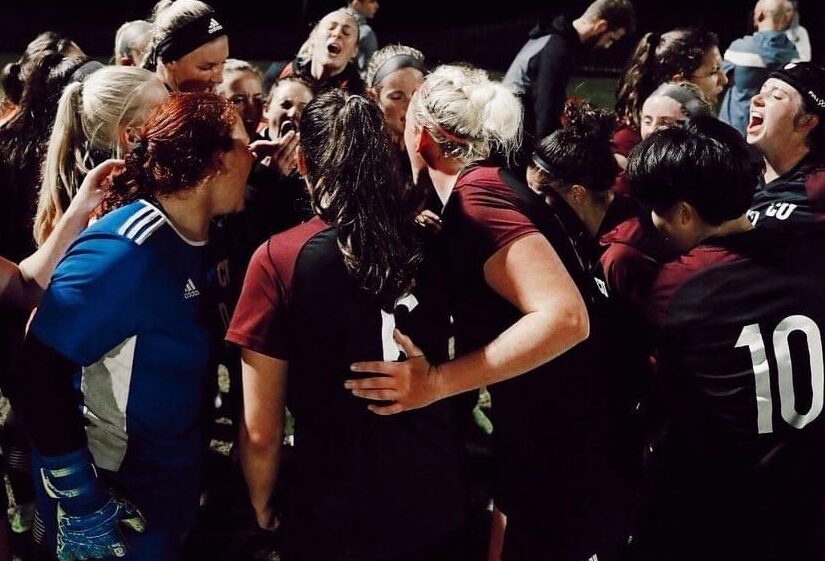 One of the most common questions or misconceptions when talking to prospective student athletes is the difference between the NCAA, NAIA, and NJCAA. We are going to talk about the myth that is “I will only go pro if I play in the NCAA D1” as well as provide you with information to help you make a much more guided decision when choosing your university based off of the division that they play in.

False. If you play well, you will get noticed. If you don’t play well, you won’t. Numerous players go pro from the NCAA D2, NAIA, & NJCAA each year. Your levels of exposure are higher at an NCAA D1 school, but that doesn’t mean you cannot go pro from anything other than a D1 school, as many players have done so, and continue to do so. Very few international players go straight into an NCAA D1 school as a freshman. If you are performing well at NCAA D2, NAIA, or NJCAA you will have D1 scouts/coaches watching your games, as they are much more likely to sign a player that they can see with their own eyes on a regular basis as opposed to a highlight video. It is important to remember that players develop at different rates, so just because you aren’t at a D1 school in your first year, doesn’t mean you won’t be in your final year.

When students envisage the US scholarship experience, this tends to be what they think of. Huge public schools, multi million dollar facilities, with a massive fan following. However, this isn’t for everyone. Firstly the eligibility requirements are very strict to play in the NCAA division 1, and that is why rosters aren’t inundated with internationals at this level. Players can only have been out of education for a maximum of one year, and their academic performance must have been strong at High School and College/Sixth form. The level is also exceptionally high, so if you’re an English player under the impression that the standard of football in USA is poor, you are in for a surprise. NCAA D1 schools generally have less scholarship money to hand out, and they only want the very best players. Most international players that find themselves at a NCAA D1 school as a freshman on a high scholarship, typically come from a professional team’s youth scholarship system, whether in the UK, or anywhere else worldwide. You are potentially competing for a place on the roster with players who have been in top academies throughout the world such as FC Barcelona & Manchester City etc. Coaches in D1 are much more likely to pick up international players that have college experience at NCAA D2, NAIA or NJCAA and have proven themselves in the USA already as it is less of a risk. Transferring schools after a successful season or two is very common.

Along with the NAIA, the NCAA D2 is one of the most common pathways for an international player as the academic requirements for admission are slightly less and the coaches are looking for foreign alternatives to the most talented American players who usually find themselves in Division 1. Schools at the NCAA D2 level tend to be smaller, and offer less varsity sports at their college. However, the level of soccer and the facilities that they provide are still very high. Many NCAA D2 schools would beat lots of NCAA D1 schools, and usually play against each other in the spring season. A freshman is much more likely to start at this level over the NCAA D1, and game time is massively important for every player’s development and happiness after moving away from home. Nobody wants to sit on the bench regardless of what level their school is at.

The NAIA comprises of mostly smaller private colleges. Another popular option for international student athletes as there is usually a lot more scholarship money available, and more lenient eligibility restrictions. The NAIA is a very similar level of play to NCAA D2 with high level facilities, and lots of rosters contain many international players; in some cases you may not even find a single American on the first team roster. Again you still must possess fairly strong GCSE/A Level/BTEC results to be admitted straightaway. Lots of international players go pro after a playing career in the NAIA. Professional scouts know that there are very talented international players in the NAIA.

The NJCAA is an option for those players that don’t possess the greatest academic grades. The level of soccer is still high as there are lots of players that are very talented players however haven’t been as academically driven in the past. The academic requirements at NJCAA are much lower, as well as the cost of the school. NJCAA schools offer 2 year programmes (Associate Degrees) which will get your academic GPA to a level that is sufficient to transfer to a 4 year school (NCAA,NAIA) to complete the remaining 2 years and graduate with a bachelors degree. The NJCAA is also a very good option for players that want to test the water, prove themselves, and work out the system for themselves gaining a better idea of which school they’d like to transfer to.